Music is passion; musical instruments are gadgets for Bachubhai Nayak Bajaniya living in village Mafatiyapara, Dist. Surendranagar. Since from childhood Bachubhai played his hands on different musical tools, sometimes in community (Bajaniya) gathering sometimes in funfairs & sometimes in family get together. Professional classes are not at easy access for kids staying in remote villages like mafatiyapara, going to city side to attend the classes demands money, economical condition of bachubhai’s family was not sound enough to support his hobby.

His zest for playing an octopad has cultivated by now from hobby to dream, he started playing the instrument along with his musical troop. In social gathering audience applauded his performance. People started recognizing his music, he started getting invites for solo performance.

To own an octapad was not just a dream but a requirement to sustain in this career. Hiring the instrument for each show would cost him a rent of Rs.300-400 and during festival & marriage seasons this rent were at highest. Sometimes he has to let go the show as he would not afford the rent. Non availability of instrument also led to no shows or performance.

These communities were aware of VSSM’s different initiatives for Livelihood. Bachubhai approached Harshad our Karyakar, who is actively working in this village & keen for betterment of Bajaniya community. Bachubhai had some limited savings while the shortfall was huge. Considering his profound desire to take this as his career & oversee the overall growth of this community as this will be benefitted on long run to the society, we sanctioned a loan of Rs.30,000/- under VSSM’s Interest free loan program.

Bachubhai contributed Rs.10,000/- from his savings & bought an used octapad for Rs.40,000/-. Today he is repaying the loan in regular EMI’s, we appreciate his dedication & devotion towards his passion for music and also towards his responsibility to repay the loan amount.

Bachubhai has opened new doors of career and hopes of earnings for this community while VSSM plays an important role to initiate this changing phase of Bajaniya community.

Navghanbhai Kishanbhai Bajaniya, resident of village Laxmipara, Dist. Surendranagar. With limited opportunities & handful resources this family has to meet the daily requirements. Both father and son duo run auto rickshaw on the roads of Laxmipara in shift duties. Income was average while running expense for this vehicle was demanding huge portion of whatever they earn, daily rent of Rs.250/-, fuel and other maintenance charges was costing 500/- per day.

An emerging situation aroused when his father got badly addicted to alcohol and could not drive the vehicle. Apparently his earnings stopped and this family was in debt ridden situation.
Navghanbhai is youngest in the family, his prospects to look towards these challenging conditions changes when he meets our Karyakarta, Harshad. Harshad is the young and dynamic field worker of VSSM. He has given hopes to many young entrepreneurs from these communities.

Harshad explained Navghanbhai the benefits of Interest Free loan program especially run for Nomadic communities by VSSM. Navghanbhai is desirous and dedicated to take the responsibilities of owing his own auto rickshaw & apparently returning the loan amount within the approved period. VSSM sanctioned a loan amount of Rs.30,000/-. Navghanbhai bought a used auto rickshaw, and decided to ferry in shifts, his brother also joined him.  Now this vehicle is fully operative, shift duties are set, early morning 4 to 8:30 his father drives, morning 9 to evening 8 Navghanbhai drives & then after till next day morning his brother drives.

His father has not completely quit his habit of drinking alcohol but substantially reduced, he appreciate his sons efforts and dedications and he too has joined them and contribute his share of earnings to their family.

VSSM along with bajaniya community is proud of Navghanbhai, he has set an best example of effective management with optimum utilization of handful or marginal resources.

Similarly Nathabhai Gadaliya sets a best example of age is not barrier if you are dedicated and devoted to deploy your best available resources along with your inherent skills.
Nathabhai’s son owns a small shop of iron made tools generally used as kitchen accessories in the village, buying the material from town side requires adequate working capital, with marginal investments & savings he was unable to procure the items in bulk quantity. Hence compelled to buy at high rates.

Earnings from the existing setup was average to meet all basic requirements but not sufficient enough to led a comfortable life. Nathabhai was aware of our livelihood program, he has several times attended the community meetings and has witnessed the growth of other community people who has been benefited with VSSM’s interest free loan program.

He approached for help, our field executive Ishwar was aware of Nathabhai’s zeal to expand his current arrangements. With Rs.30,000/- interest free loan he started buying the raw material in bulk quantity from Rajkot & then after molding and making hand hammers and sledgehammers, a number and variety of chisels, punches and drifts and a selection of tongs with big or jaws of various shapes.
He now started going to nearby village to sell the tools, his wife also willingly joins him and they earns good margin. They also have good setup to sell the tools in Bhachau. Nathabhai gradually returns his loan amount to VSSM in small instalments but in form of regular repayments.

Nathabhai is thankful to VSSM for transforming his life, his belief in us and our distinct programs has remarkably played an role in the lives of needy people.

VSSM helps nomadic communities to start their own vocations with our micro finance – interest free loan program, we are also considerable in the repayments, sometimes repaid at their convenience and availability of money, purpose is to make these poor nomadic people independent & self-reliant.

WELCOME TO THE WORLD OF NOMADS OF GUJARAT

Nomadic communities have been moving from one place to another as part of their livelihood. Their life stops if their wandering stops. With the passage of time their traditional skills and occupations are becoming irrelevant and extinct. The new model of development has damaged the interdependent relationship of society and these communities notably. Under the livelihood program we try to make them self-reliant by providing alternate livelihood options.
For more information please visit : www.vssmindia.org 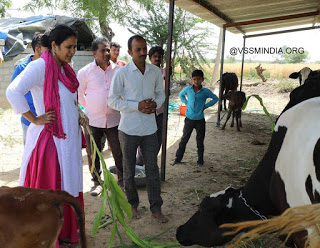 Lalabhai Lost everything In a flood in Banas River. He is Living bank of Banas river. When he lost everything VSSM help him and provide basic Ration kit and give clothes and shelters. Lalabhai is a hardworking man. He believes that hard work only can change his life. He talked With Mittal Patel. After some day VSSM help him and gave him a loan for buffalo. But after some sometimes his two buffalo were died. Again VSSM helps him gave him a loan and he buys 5 buffalo. After that Lalabhai works hard and make big business. Now He is the owner of more than 50 cows & Buffalo. Now He sells the highest number of milk quantity in his district.

Karshanbhai Devipujak from Odhav area of Ahmedabad started earning Rs. 25000/- per month, where he used to earn Rs. 3000/- per month by doing his tranditional business of making and selling brooms. 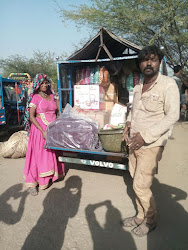 Pratapbhai Vansfoda from Tramba village of Rajkot can save the money as well as he has bought some jewellery for his daughter. His life changed when he could get the interest free loan of Rs. 30,000/- from Livelihood (Swawlamban) Programme of VSSM 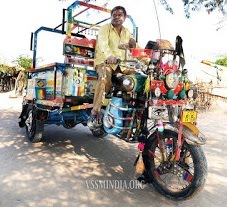 Jivabhai left all his addictions. He started saving money and now he is doing great in his business and life

A leading newspaper Hindustan Times recognizes VSSM and its humanitarian efforts for NT-DNTs.. 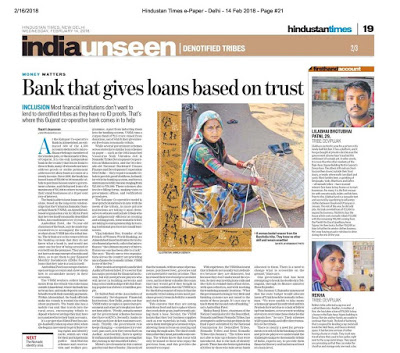 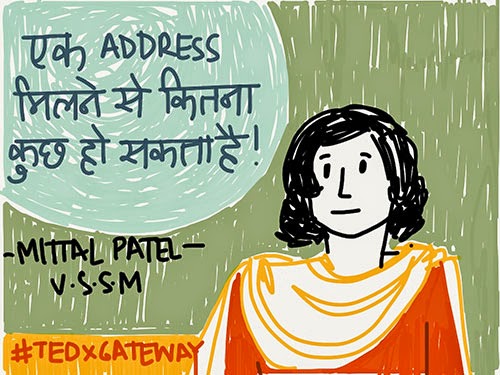 The media coverage of the issues of Nomadic and De-notified tribes backs our advocacy efforts for the rights and entitlements of these communities.